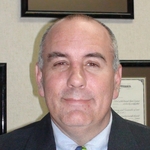 Christopher E. Kopecky. holds the highest rating (A-V) an attorney can hold for competency and integrity, and has done so for over a decade (Martindale Hubbell and Lawyers.com). Chris Kopecky is the  founder and lead counsel of the Traffic Lawyers of Kopecky Law, P.A.  He is a teaching lawyer. He is a professor of law at several colleges, including Avila University and Rockhurst University, where he has been teaching litigation since 2000.. He also regularly teaches lawyers at continuing legal education seminars for the Kansas City Metropolitan Bar Association, UMKC Law School, and various other entities. He is occasionally a Judge Pro Tem for Olathe Municipal Court and is past chair of the Municipal Courts Committee of Kansas City Metropolitan Bar Association. Mr. Kopecky has been recognized as "Best of the Bar" by the Kansas City Business Journal every year since 2004, and was also in the first graduating class of the Greater Kansas City Bar Leadership Academy.  Mr. Kopecky also became certified in standard field sobriety testing through the National Highway Safety Transportation Administration (NHSTA), which is the same training police officers have to test whether someone is driving under the influence.

He is often interviewed by media agencies  for his expertise on various legal matters; he has been interviewed and quoted by NBC Action News, Fox 4 News, the Kansas City Star, The Kansas City Business Journal, The Kansas City Small Business Monthly, and Missouri Lawyer's Weekly. He was also featured on a radio show called “The Entrepreneurial Moment” wherein he gave advice to other entrepreneurs about how to achieve the American Dream by focusing on customer service. He received his bachelor's degree from Rockhurst University in 1988 with a triple major in Psychology, Philosophy, and Economics; his law degree from Saint Louis University School of Law in 1991 where he was a staff editor of the St. Louis University Law Journal (Law Review) and received an Academic Award for having the highest grade.  He serves as the President of The Traffic Lawyers of Kopecky Law, P.A.