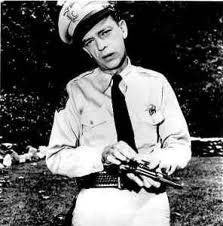 Sheriffs are people too!

A couple of weeks ago, municipal courts in Missouri starting collecting an additional fee of $3 from folks charged with minor violations such as speeding tickets and red light tickets.  The purpose of the fee is to help fund the retirement of sheriffs around the state, and cities such as Kansas City will feel the biggest impact from the surcharge as it is expected to raise $250,000 in one year from KC alone.  The tricky part, however, is that the Missouri Constitution does not theoretically allow for funds like the Sherriff's Retirement Fund to be funded by a Court that the sheriffs would really have no interaction with.  As someone who practices law in the municipal, county, and state courts of Missouri, I can tell you that anything a sheriff would be involved in would be filed in either the county or state courts, but not in any municipal court.  A contingent of judges, lawyers, and city officials felt very similarly and filed a lawsuit in Cole County District Court in an effort to try and stop the fee from occurring and arguing that the fee was in fact unconstitutional.  We will have to wait and see if that has any impact on the fee ultimately, but as for now, traffic offenders and those charged with traffic tickets, speeding tickets, etc. even when written by city cops will have to carry the brunt of the sheriff's retirement.

Christopher E. Kopecky. holds the highest rating (A-V) an attorney can hold for competency and integrity, and has done so for over a decade (Martindale Hubbell and Lawyers.com). Chris Kopecky is the founder and lead counsel of the Traffic Lawyers of Kopecky Law, P.A. He is a teaching lawyer. He is a professor of law at several colleges, including Avila University and Rockhurst University, where he has been teaching litigation for over 12 years.